This notebook walks you through an implementation of a regularization technique called dropout. The idea is that in each forward pass during training, we randomly select units to 'drop out' from the network, i.e. remove them from the network. This forces the surviving units to learn without depending too heavily on the cooperation of other units and produce better results individually.

These are useful resources on the topic, though it's not required to read them entirely before tackling this notebook.

This cell downloads the breast cancer dataset provided by sklearn. 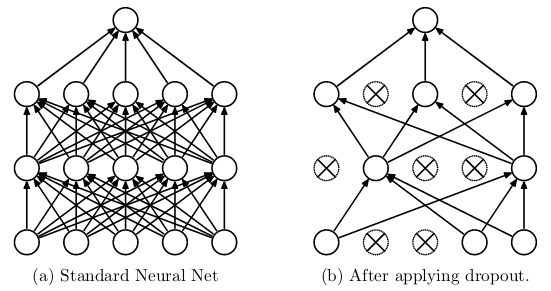 Figure 1 from 'Dropout: A Simple Way to Prevent Neural Networks from Overfitting' #SRI14

The authors of the Dropout paper propose that a good way to reduce overfitting is to average out the predictions of many separately trained networks - but this is too computationally expensive to do in practice.

Introduce dropout: On the left, you see a network with all its units and their connections. On the right, the crossed out units have been dropped from the network along with all their connections. So it creates a new, 'thinned' version of the neural net.

When we send train samples through the network in the forward pass, we randomly sample units to drop from the network. So for each sample we train a 'thinned' version of the net. This approximates training and averaging many different neural nets with shared parameters.

"Similarly, each hidden unit in a neural network trained with dropout must learn to work with a randomly chosen sample of other units. This should make each hidden unit more robust and drive it towards creating useful features on its own without relying on other hidden units to correct its mistakes. "

The following exercises walk you through an implementation of a dropout layer for a neural net.

Implement a mask operator for the Node autodiff class.

Note: Remember to implement the partial derivative of the mask operator since it's crucial for backprop. If a unit is killed through dropout, it doesn't contribute anything to the network. So the gradient that flows back into it should be 0.

We'll again use the autodiff class to create a model for the breast cancer dataset. The method linear_layer adds a linear layer to the network, your task will be to implement a dropout layer.

Note: Mind the train parameter which indicates whether we're forwarding train or test data. On test data, you do not apply dropout.

To apply dropout, we multiply the activations of a layer with a boolean/binary matrix of 0s and 1s (masking).

The hyperparameter$ p $ controls the percentage of units to keep. To make things more explicit, this parameter is also called keep_prob.

Each dropout layer can have a different setting for the keep_prob parameter$ \in $ [0..1]

The first dropout layer has a keep_prob of 1.0, so all activations should survive.

The second dropout layer has a keep_prob of 0.5, so approximately half of them should be dead.

At test time however, we don't apply dropout - So there's a scaling problem. The units receive test data which have a greater expected value than the train data they learned on.

The cell below executes a training loop which you can use to verify if your model learns appropriately.

Dropout
by Diyar Oktay
is licensed under a Creative Commons Attribution-ShareAlike 4.0 International License.
Based on a work at https://gitlab.com/deep.TEACHING.